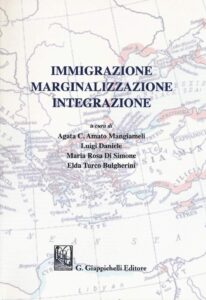 The paper is focused on the inherent contradictions of the legal regulation of migration between the 19th and 20th centuries, both in countries of departure and in countires of destination. The cases of Italian emigration laws (1888 and 1901) and of US immigration policies between 1875 and the Quota System of 1924 will be examined. By analysing some American cartoons referred to the political issue of the rising immigration rate, the radical turn from an open door policy to an exclusionist policy triggered by fear of immigration (due to economic, political, racial consequences of immigration perceived as risks) is presented as a paradigm of the construction of the alien immigrant as a socially dangerous subject.

Any cookies that may not be particularly necessary for the website to function and is used specifically to collect user personal data via analytics, ads, other embedded contents are termed as non-necessary cookies. It is mandatory to procure user consent prior to running these cookies on your website.